This page is devoted to those people and events who have demonstrated stupidity above and beyond the call of duty!

The room with no balcony - continued 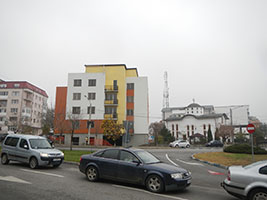 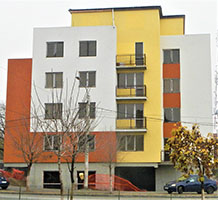 In November 2018 I was just passing by a new apartment block under construction on the eastern border of Craiova town, Dolj county, and I saw that one of the apartments (the right upper part of the front part of the block) has only a balcony and no window and no door! After a few days, I took a picture with the building, but a door appeared over night, and I was angry because I had lost the opportunity to show how stupid people can be.

In my mind was the idea that stupidity has no limit, and I became a watcher of this building, waiting to show that I am right. Today, as we can see here, a new window appeared to complete the landscape. So, they first made a new building but they forgot to make any windows or doors to the balcony for the flat at the third floor. After one year, they cut a door in the wall, and today they inserted also the missing windows, in the same way!!!

I give them a diploma to graduate from the Stupid Academy with all my heart....


Statues in Bucharest made of cheap alloys, but paid for with expensive money 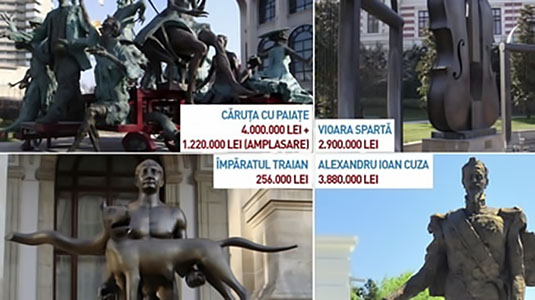 In Romania, even the statues are stolen. There has been a huge controversy over several artworks in Bucharest, and the City Hall has asked for inquiries. Several works of art were investigated. That's when the Monuments Administration found that the statues were not bronze, as specified in the original documents, but were brass. These are statues for which many millions of lei have been paid. In the centre of this, there is a work of art that has caused waves of irony in recent years.

Only five and a half years earlier, Emperor Traian stood with a wolf in his arms on the steps of the National History Museum. However, many stories were told - as the statue appeared, Bucharest and tourists launched a real controversy. Nudity in art has been a matter of intense debate.

Last year, another controversy was born. The wolf had lost its tail.

It was not vandalism, but rust. So the artwork was withdrawn and taken for analysis and restoration. Then the story went on. It was discovered that the statue had not been made of bronze, but of brass, a much cheaper alloy, but paid with a lot of money.

"I sent for the Mayor's controlling body. They reviewed the contracts and the recommendation was made that all the statues in the capital be checked, examined and the same irregularities were discovered: that they were not bronze, but brass, " says Bucharest Mayor Gabriela Firea.

12 million lei were available to those who ruled the City Hall in the past to be spent on the statues that are now at the centre of investigations. For the "Stroller", a monument located in front of Bucharest National Theatre - a fortune was spent. Much also was spent on the "Broken Violin", but also on the statue of Alexandru Ioan Cuza.

The room with no balcony

A few weeks ago I was just passing by a new apartment block under construction on the eastern border of Craiova town, Dolj county, and I saw that one of the apartments (the right upper part of the front part of the block) has only a balcony and no window and no door!

I was not able to take a picture of this miracle at the time, but, after a while I saw that a door appeared in this location, but there was still no window there. This apartment is now the only one which has a balcony and a door, but no window like the rest.

Perhaps it will appear one day!

This year Romania, on the first of December, has a huge event, since it is 100 years since Romania was complete and united, at the end of WWI.

Besides other events dedicated to this important fact, huge posters have been put up in the middle of the Romanian capital, Bucharest, of German leaders unconnected with the events from 100 years ago. For this reason, the managers of this project should be accepted into the Stupid Academy, founded by the Alexis Project, based on documents from Romanian media. 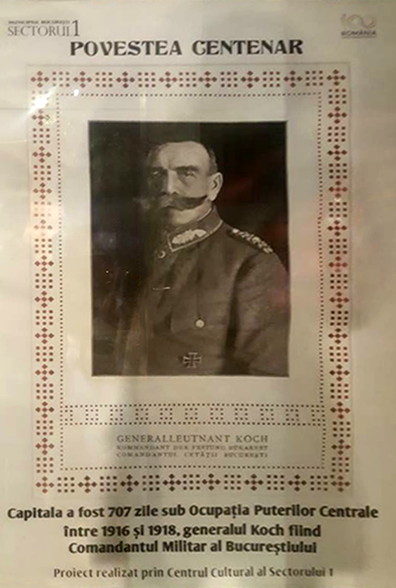 Big Hall of Fame in the Year of the Centenary: Two Criminals from World War I have presentation boards in the centre of Bucharest

€100 000 is the cost of a City Hall City Hall project in honour of the Centenary. Apart from the fact that the money could be used for something palpable in the Centenary, the project has caused controversy.

City Hall 1 funded 578,000 lei (over 100,000 euros) a project by which two of the bloody commanders during the German occupation of World War I had portraits and presentation panels in University Square on the centenary's anniversary. Under the name Centenary Story, Anton Ludwig August von Mackensen and General Koch are placed in one of the public transport stations on Nicolae Bălcescu Boulevard

This is General Koch - the military commander of Bucharest between 1916 and 1918 and the German Field Army Anton Ludwig August von Mackensen, Commander of the Central Powers Army on the Eastern Front during the First World War.

Gen. Koch remained in history because he overlooked the robberies, murders and rapes in Bucharest from 1916 to 1918. Under his command, part of the churches were devastated and converted into stables, and each citizen could buy only 400 grams of bread and 200 grams of meat per week.

On the poster of General Koch, is written: The capital was 707 days under Occupation of Central Powers, between 1916 and 1918, General Koch being the Military Commander of Bucharest. Historians believe that the posters made without explanation and without context only make it harder for those who look at them. 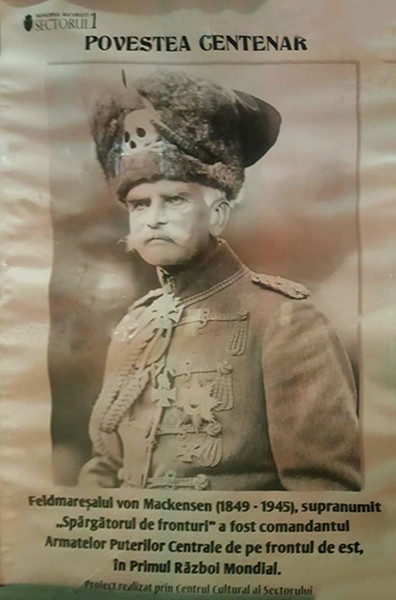 On the poster of Field Marshal von Mackensen is written:

Field Marshal von Mackensen (1849-1945), nicknamed 'The Frontier Breaker', was commander of the Central Powers Army of the Eastern Front during the First World War.

The City Hall of District 1, who paid for this cultural project dedicated to the Centenary, failed to explain that the two military commanders were not heroes of Romania, but rather criminals.

The City Hall does not explain the role played by the two during World War I, but places them beside Queen Maria, King Ferdinand, Marshal Averescu and other national heroes.

But the project manager acknowledged the mistake. 'We acknowledge the mistake of not giving all the necessary information there", said Diana Trusca, Project Coordinator at Sector 1 Cultural Centre. 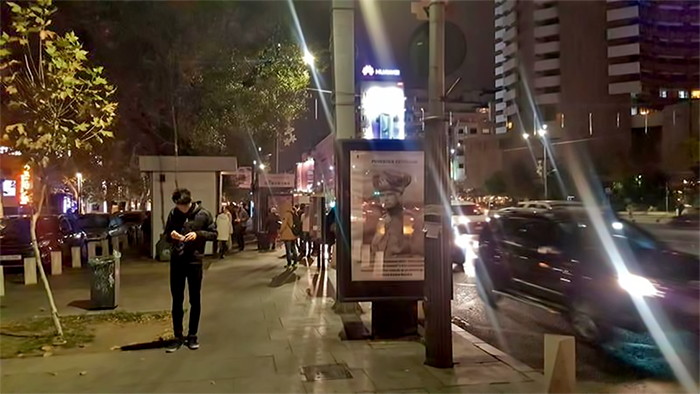 For several days, the City Hall, through its cultural centre, put up in the town posters with characters from the Great Union of Romania.

Among the pictures there are also those with two German generals who were the army commanders who occupied Bucharest in 1916. Under the name of 'the Centenary Story', outside one of the public transport stations on Nicolae Bălcescu Boulevard are placed Feldmarsal Anton Ludwig August von Mackensen and General Koch.

Alin Ciupala, a professor at the Faculty of History of the University of Bucharest, told HotNews.ro that besides the fact that the images are simply random, they do not even have the source from where they were taken. 'From what I saw those banners, as I have seen through the city, there is no explanation, there is no talk about the context, about the age, it is not said where the pictures were taken, they are simply put up without any reason, without any explanation.